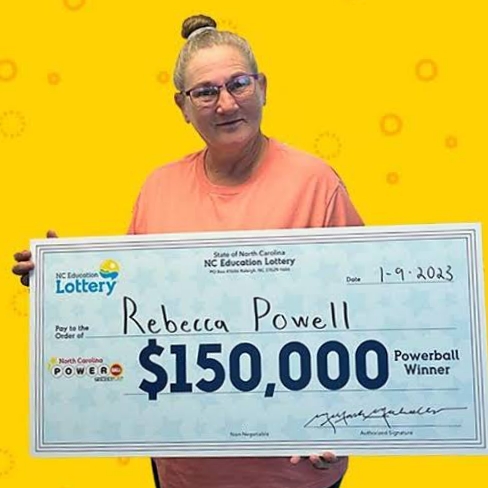 Recently, Rebecca Powell made the decision to play the lottery, but the results made her uneasy.

According to a Jan. 11 news release, the 48-year-old North Carolina resident from Weaverville made her first Powerball purchase on Saturday, Jan. 7. She told lottery officials from the N.C. Education Lottery.

Powell viewed her ticket as the winning numbers were announced later that day.

She told authorities, “I was staring at the statistics and then I screamed at my spouse. “Oh my God, we won,” I exclaimed.”

According to authorities, Powell’s $3 Power Play ticket initially rewarded her $50,000, but when she also got the 3X Power Play multiplier, her jackpot increased to $150,000.

Powell remarked, “I never would have thought I would win something like this. I was told by the store clerk, “You really have beginner’s luck,”

Powell’s take-home pay after taxes was $106,876. She informed authorities that she intends to finance a new home and a car.

1 thought on “Luckiest women in Powerball game; after seeing the winning numbers, she screamed.”